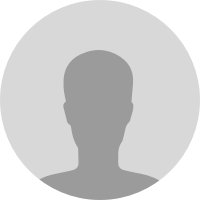 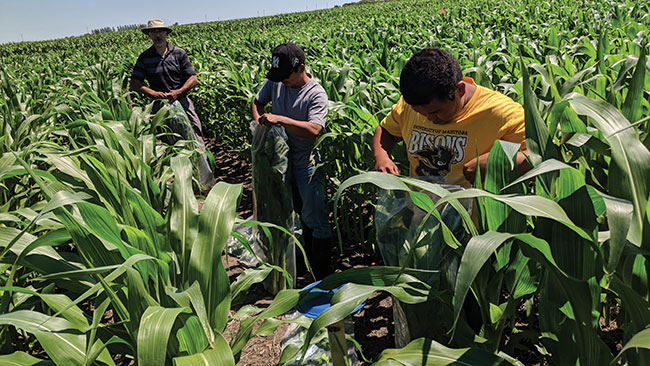 Soil moisture is not only important for crop production, input decisions and yield outcomes – it is an important determinant of runoff volume, flood risk and greenhouse gas emissions from agriculture soil, such as nitrous oxide (N2O).

Advancements in moisture monitoring and forecasting, along with the rapid advancement of digital sensors and other technologies, allow for soil moisture and many other components to be measured in real-time at various scales including on-farm.

“The ability to monitor and assess soil moisture has changed over time, however there are many challenges to consider,” says Paul Bullock, professor with the department of soil science at the University of Manitoba. “Fall soil moisture mapping continues to provide a good, broad-scale picture at a regional, provincial or national level. These maps provide a broad snapshot of soil moisture and an indication of the amount of stored moisture that will be available for the crop yield across a wide area,” he says.

“Fall soil moisture does not disappear over the winter and will still be there for the crops the next spring in Western Canada. It is also starting to become clear that subsurface replenishment of soil water is another important factor affecting crop yield in dry years.

“A good example was the excellent crop yields under the drought conditions of 2017. Subsurface replenishment of soil moisture by high water tables over the growing season were likely a significant factor contributing to the higher-than-expected yields.”

Various soil moisture monitoring networks have been established recently, including a research network managed by Agriculture and Agri-Food Canada (AAFC) and provincial networks. Through the Drought Watch Program, AAFC makes soil moisture, precipitation and other weather information available across Canada, and individual provinces in Western Canada also produce various weather maps, which are updated frequently during the growing season. These tools provide good general information, but for farmers who may live a distance from the stations where these measurements are made, they do not provide soil moisture conditions specific to their farm.

“Soil moisture monitoring using satellite imagery can also provide an assessment of surface moisture conditions in real-time across the entire surface, rather than for a single point like the soil moisture and weather sensors. Typically, the satellites are sensitive to moisture in the top five centimetres or a bit deeper,” Bullock explains. “We have collaborated with others working on ways to help monitor soil moisture from various satellites, including one launched by the European Space Agency in 2009 and another by NASA in the U.S. in 2015. The U.S. SMAP (Soil Moisture Active Passive) satellite was a very interesting advancement, providing information from both passive microwave signals and active radar on the same satellite. This provided much higher spatial resolution for the soil moisture maps, not high enough for individual fields but more than the 30- to 40-kilometre resolution from passive sensors alone. Unfortunately, the active radar system quit a few months after launch, which is disappointing for everyone. But the project continues using passive satellite data and researchers are working on combining active radar from other satellites to replace the non-functional radar on SMAP.”

Bullock is collaborating on another project with AAFC, the Canadian Space Agency and NASA to improve the quality of the data collected under various conditions and the delivery of timely and reliable soil moisture estimates from SMAP. After reviewing results from global core satellite validation sites, the AAFC test site near Winnipeg ranked the lowest in accuracy compared to the SMAP sensor, with a site in Iowa only slightly better. The big question was why the correlation of the satellite sensor data and the actual soil moisture data was so poor in these agricultural areas. After a major effort using a combination of aircraft imagery, satellite imagery and several people on the ground physically measuring soil moisture levels, researchers identified that the SMAP soil moisture program algorithm was developed using long-term average vegetation estimates, which failed to capture the large seasonal variation in crop biomass and vegetation water content (VWC) of annual field crops.

“We initiated a project in 2016 to determine the actual VWC from various crops including canola, corn, oats, wheat and soybean in the Carman-Elm Creek, Man., area test site,” Bullock says. “VWC affects the signals received by both passive and active microwave sensors on satellite platforms and a quantified value for VWC is an essential component of the algorithms that derive soil moisture content from their signals. We used various instruments including drone-mounted cameras and imagery to estimate VWC, biomass and crop yield information.”

Bullock says early results show better information and more accurate soil moisture estimates can be made in agriculture crop areas. However, this study was conducted on one small area, so it will take some time to upscale the results across a larger area.

Bullock’s research program is also focusing on soil moisture forecasting through the development of a hydrological forecasting model that would incorporate several variables to be able to forecast changes in surface and subsurface water conditions at a watershed scale. He is working with Aquanty Inc. in Waterloo, Ont., the developers of 3-D flexible grid hydrological models for several watersheds in Canada. Bullock has a new project proposal to develop a model for the Red River area, a substantially different watershed than some of the others they’ve made. Model development and proof of concept testing, including the addition of high performance computing capability for forecasting future soil moisture ahead one or two weeks will take some time. However, accurate output for soil moisture from this type of model will have significant value for agriculture, municipalities and other watershed stakeholders. The soil moisture estimates from the model can be used to forecast crop yield potential, pest risk and flood risk.

“Some farmers are starting to install real-time sensor technology on their own farms, building on precision farming systems and understanding variability on individual fields including soil moisture,” Bullock says. “The key is understanding the root zone soil moisture because the root zone is really the water container that keeps the crop watered.

“In order to interpret and understand the data collected, it is important to build a time series of soil moisture data for individual fields or soil management areas. Soil type and texture affect the soil physics of moisture movement and storage, and this varies significantly by location. Real-time monitoring can help provide timely soil moisture information specific to a field location, which can help inform crop management decisions, such as nitrogen fertilizer inputs, yield opportunities and pest risk. Soil scientists and agronomists can help with interpretation, but once you spend time monitoring in your own fields, you will become the expert in soil moisture on your own farm.”

As technology advances, monitoring and assessment tools are moving beyond provincial and regional levels to cost-effective on-farm and infield options. “With the advancing internet of things and digital and smart farming, we are really looking at the next revolution of driving decisions made off of very informed actionable tools at the farm level that influence ROI,” says Guy Ash, global training manager with Pessl Instruments in Winnipeg. “As technology continues to improve, we see sensors playing a very important role to help know what is happening in real-time for in-field applications of nutrients, diseases, pests and field planting.”

Being able to track soil moisture in real time, and knowing the total amount of available water at freeze up or at seeding, and the targeted yield and probability of precipitation over the growing season, helps to target yields, which in turn assists with timely management decisions for fertility or other inputs.

“With infield real-time soil moisture information, you are now able to develop different scenarios and equate potential yields for each soil type and target the amount of nutrients needed for each,” Ash adds. “For example, with the low costs and the ability to collect data at the field level with sensors for moisture, temperature and volumetric ion content (VIC) every 10 centimetres (cm) down to a depths of 120 cm in 15 minute time steps, soil type specific data can be collected and translated into exactly where you are at in terms of soil moisture in a water driven crop yield and provide a very good answer to a particular problem, such as nutrition. If you know you only have five inches of stored water versus nine inches of stored water in a different soil profile, you are going to manage nutrients and the crop differently.”

Ryan Hutchison, integrated solutions manager with South Country Equipment in Regina, is a co-founder and developer of the Crop Intelligence app. After more than 20 years in precision ag, Hutchison has learned there are three key relationships to making real-time soil moisture and other data collection and analysis work for growers. “The first is the hardware, which requires someone knowledgeable to help get the equipment installed, configured and running properly for the rest of the system to work,” Hutchison explains. “We have several equipment dealer partners across Western Canada and Australia, with the two approved platforms, the John Deere Weather Station and Pessl Instruments, which measure soil moisture, rainfall, and potentially other environmental sensors such as air temperature, humidity and leaf wetness. The soil capacitance moisture probes, which are a 20-year old trusted technology, are used to record continuous soil moisture by crops to a depth of one metre.”

The second part is the CropIntel app, which takes the data from a sophisticated piece of equipment and turns it into a proactive tool for growers and agronomists to make decisions. The third part is taking the CropIntel data analysis of the soil moisture, root activity and water driven yield potential and sending it to the farmer and their agronomy partner to make decisions. “We are not the agronomist, we are just providing the data and the agronomic knowledge to support what the data is telling us. It is the local boots on the ground that makes it successful,” Hutchison emphasizes. “From the time the equipment is installed after seeding between seed rows, the CropIntel system allows growers to see in real-time how much water is in the ground, where it is along that metre-deep probe, amount of precipitation captured, comparisons to normal and average conditions and what the root activity and crop health is like. This gives growers a snapshot or daily report card through the season of the amount of water they have to grow the crop and adjust agronomic practices.” The minimum requirements are a digital rain gauge and an approved moisture probe, with the investment ranging from $3,000 to about $10,000, depending on how many sensors are added to an individual weather station.

“We have 90 per cent of the John Deere dealer groups trained as partners with CropIntelligence, and we also have a growing number of independent input retailers and agronomists that want to support the project agronomically. Our partnership with Pessl Instruments extends the system to be used with John Deere and customers with other brands of farm equipment. We also have a fairly large network of independent agronomists that are working with growers who want assistance with understanding the data, assessing risk and making agronomic decisions. This true collaboration from across industry is unique from what has been in the past, so makes it super exciting.”

The overall goal is to continue to help producers collect timely, accurate, usable data for their operation and optimize production and return on investment.