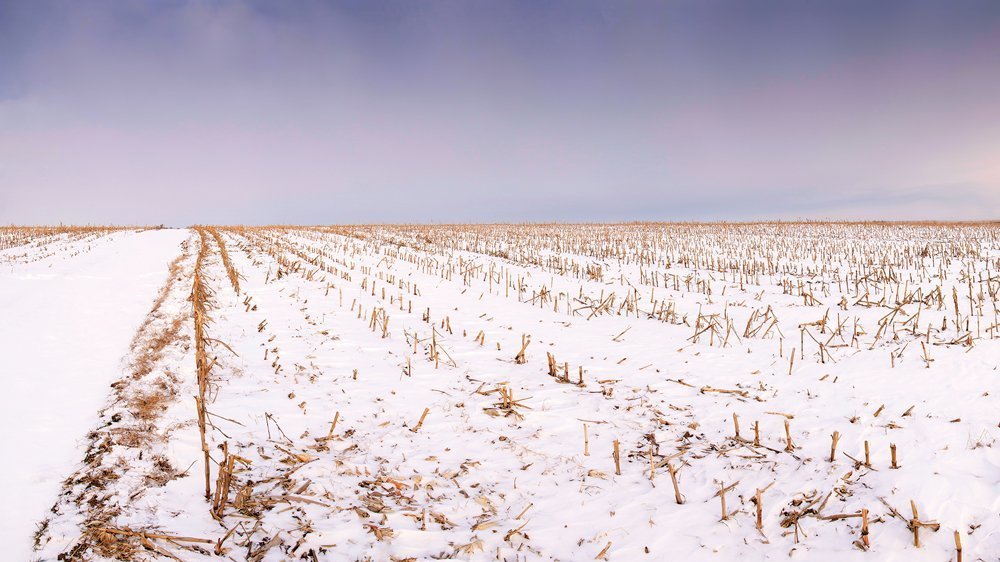 It is a great thrill for this old fossil to see soil moisture being used as a major factor in agronomic decisions. Photo: qunamax/iStock/Getty Images

What I discovered at the 2021 Crop Intelligence Annual Summit

Winter is the time for catching up with reading not done in the busy farming season and going to agricultural shows and information meetings.

For me, one of the highlights has been the Western Canadian Crop Production Show held in Saskatoon in early January. It was held this year, but I declined because of the rapid increase in our latest COVID enemy.

The last time I stood at the front of a room to give a talk was March 10, 2020. The curtain came down on March 13, so such events have converted to the virtual format. I can sit in my comfortable home office with my big screen computer to provide a webinar or to take in many events. It does not measure up to the real thing in person, but it is way better than doing nothing. And there are a few advantages. Many programs are left in accessible format to be viewed at leisure at a later date. One can fast-forward through the draggy portions and pause to take a screenshot of a detailed slide for further study.

Thanks to Bonnie Mandziak, I had a pass to access the presentations online for the 2021 Crop Intelligence Annual Summit. It was held in person in Regina but I used the virtual access.

What follows are highlights of things I learned at that conference. Please know that I have no financial interest in any of the business entities mentioned.

After graduating from the University of Saskatchewan with an ag degree, Tyler Kessler, the principal of Kessler Ag Ventures, spent several years working in ag retail before setting up his own agronomy company. Through collaboration with Crop Intelligence, South Country Equipment (John Deere dealership in southeast Saskatchewan), CropPro Consulting (Cory Willness, SWAT Maps) and others, Tyler operates in the general Weyburn to Swift Current area of southern Saskatchewan.

Tyler emphasized precision agriculture is not a “cookie-cutter operation.” One size does not fit all. What you might do on a level Regina heavy clay soil is not the same approach you would use on a hilly Weyburn loam or a challenging solonetzic Trossachs clay loam soil. He also emphasized technology is not a substitute for good agronomy, but a way to make good agronomic decisions work.

The integration of several ideas and techniques and collaboration with various entities caught my attention. It is way more than variable-rate fertilizer. Variable-seeding rate and even variety can help with more even maturity. In 2021, the wheat crop on my land had variable plant population compliments of Mother Nature. Even though seeding was early, the seedbed was already drying out on the dry hilltops. Some seed germinated and then died. The plant population remaining was more suited to the site.

Some old soil-applied wild oat herbicides (Edge, Avadex, etc.) are now new again. The labels on those products list rates according to soil organic matter. As a farmer on rolling land, I always looked at those labels and said, “I have all of the above — organic matter from two to six per cent, so what rate to use?” Voilà. With a zone map for organic matter measured by zone, it is an easy matter to have the right rate. Tyler Kessler is doing just that.

Setting time-lapse cameras near the weather station site added a very useful addition to the database. One example showed canola going from cabbage leaf to shooting to early flower in a matter of days. And the photos can be captured and viewed with a cellphone at any time.

Tyler strives to have the high-tech applications make a buck. Start with the low-hanging fruit (i.e. quit pouring expensive inputs into salty areas). He also was straightforward about the many challenges in the high-tech space. Tech pieces that do not talk to one another, equipment support and the whole piece of data handling and management are areas that continue to evolve.

The SWAT (soil, water and topography) maps by CropPro Consulting are the backbone of the operation. The basic maps are tweaked to suit the specific soil and topography of a field.

Soil moisture probes and weather stations are an important part of the puzzle. Since those probes became available just a few years ago, the adoption rate has been high.

In the February 2, 2004, edition of Grainews, I had a piece entitled, “Soil Moisture Data: Canola 2003.” Soil probing and rain records were used to measure the available moisture in one-foot increments to four feet throughout the growing season.

What it showed was the canola seeded on May 2 had a soil fully recharged with soil moisture, which is six inches of available water. The crop started sucking water about June 10 and by June 20 was working hard on the second foot. Late June rains and 2.5 inches on July 5-6 were a big help, but then the tap turned off. By the end of July, the crop had sucked the soil dry to almost four feet. By that time, moisture use usually slows or ends and the crop matures.

The total crop water use was 11 inches. Yield equations from Henry’s Handbook said 23 bushels per acre of yield but the net sold was 28.

Being able to do that with a soil probe is all well and good, but not of much use to any large acres. With the advent of the soil moisture probes and climate stations, a running record of soil moisture use can be accessed by cellphone and easily communicated to the grower. In his talk, Tyler showed several such examples. It is a great thrill for this old fossil to see soil moisture being used as a major factor in agronomic decisions.

With tech help from Trevor Fraser, Christine Jones had an actual soil moisture probe, etc., at the front of the room and went through the details of site selection, installation and maintenance. It is not a simple plug-and-play operation.

I was surprised to learn the soil moisture probe has many replaceable parts if things go wrong. However, if a moose comes along and takes exception to this funny-looking intruder — it is game over.

The tipping bucket rain gauges need attention. Dust, etc., can mess up the operation and if the unit is not properly anchored, wind can cause trouble. Tripod mounting is required to keep the unit level.

Plant analysis was Elston Solberg’s main topic. Elston is known to many readers — especially in Alberta. For years he worked with Alberta Ag and spent many years as a significant part of the Agri-Trend group started by Rob Saik. That group held an annual Farm Forum Event for several years in early December in Saskatoon. I always learned a lot at those meetings and met many progressive farmers.

Elston stressed the importance of sampling one field adequately and over time and with enough sites to really find out what is going on. Just taking one sample from one field at one time is not that useful.

It is also important to know which plant part to look at for each nutrient. Nitrogen is mobile in the plant, so symptoms and low plant analysis show up in the old vegetation. Sulphur is not mobile so deficiencies (yellowing) show up at the top of the plant first. The hybrid seed corn I plant in my farm garden goes sulphur deficient about knee-high many years. A simple hand broadcast of ammonium sulphate (21-0-0-24 ) close to the plant does the trick. If a rain is not expected a shot of water does the job.

Elston also showed many examples of nutrient ratios that can diagnose special problems. With patchy problems in a field, plant and soil sampling of the good and bad areas can be very useful in diagnosing the problem — including micronutrients. I have also seen many case studies of good and bad areas and, in most situations, the plant analysis is more conclusive.

The last item at the 2021 Crop Intelligence Annual Summit was an interesting six-member panel discussion on Collaboration and Opportunity in Ag-Tech, where there was considerable interaction with attendees as well as panelists. For those of us using the virtual route, it was very good to see the questions come up as text on the screen to make sure we knew the question.

There were many good points and much discussion; however, the highlight for me was a very simple, but not always appreciated, statement by Garth MacDonald, CEO and founder of G-Mac’s AgTeam. Garth and family started G-Mac’s as a farm input supplier with headquarters at Kindersley, which has now expanded to many locations in west-central Saskatchewan, including my home town of Milden. From the outset, it had a strong agronomy program and along the way set up the tech division so the two could complement one another.

One statement he made resonated with me: “The only way we can succeed is if the farmers we serve succeed.” That is obvious but not always plainly stated.

I clearly remember the famous John Harapiak, who was agronomy lead at Westco Fertilizer, say, “What is good for the farmer is good for Westco.”

Many thanks to Bonnie Mandziak and the group at Crop Intelligence for the opportunity to learn about ways that good agronomy and high tech can be put together to benefit farmers.